“We are flabbergasted to see this letter from Ards and North Down Borough Council which was sent to the local hospitality sector this week claiming that businesses in that area may not be able to trade in products of animal origin in the event of a no deal Brexit.”

“Firstly we are highly concerned about information contained within the letter which needs some working out; secondly the letter asks the recipient to complete a questionnaire with less than a 4 day window to fill it in and return on a very complex area; thirdly there is absolutely no co-ordination with other council areas and central government, clearly showing that Ards and North Down Brough Council have gone on a solo-run causing further confusion for those in the hospitality sector who have read the letter on social media and are worried about supply issues and food standard compliance.”

“It is largely up to the food importers and the supply chains to worry about compliance, not the end hospitality businesses that have been targeted with this confusing and scare mongering communication.”

“We at Hospitality Ulster are working as part of the DEARA (Department of Agriculture, Environment and Rural Affairs) Brexit Contingency Planning Group and are advising and being consulted about solutions on the way forward, depending on the political direction over the next number of weeks.”

“Even if we do leave the EU without a deal, there will be no immediate food standards issues as we will still be working to the same regulations for some time. But if we take this letter at face value, you won’t be able to buy sausages in Muff to sell Derry-Londonderry on April 1st.”

“We are in the process of seeking a meeting with Ards and North Down Borough Council to bring some clarity to the content of this letter and why they felt the need to send it out in the first place. The hospitality sector has enough to deal with and we need to ensure that something like this does not become another burden.” 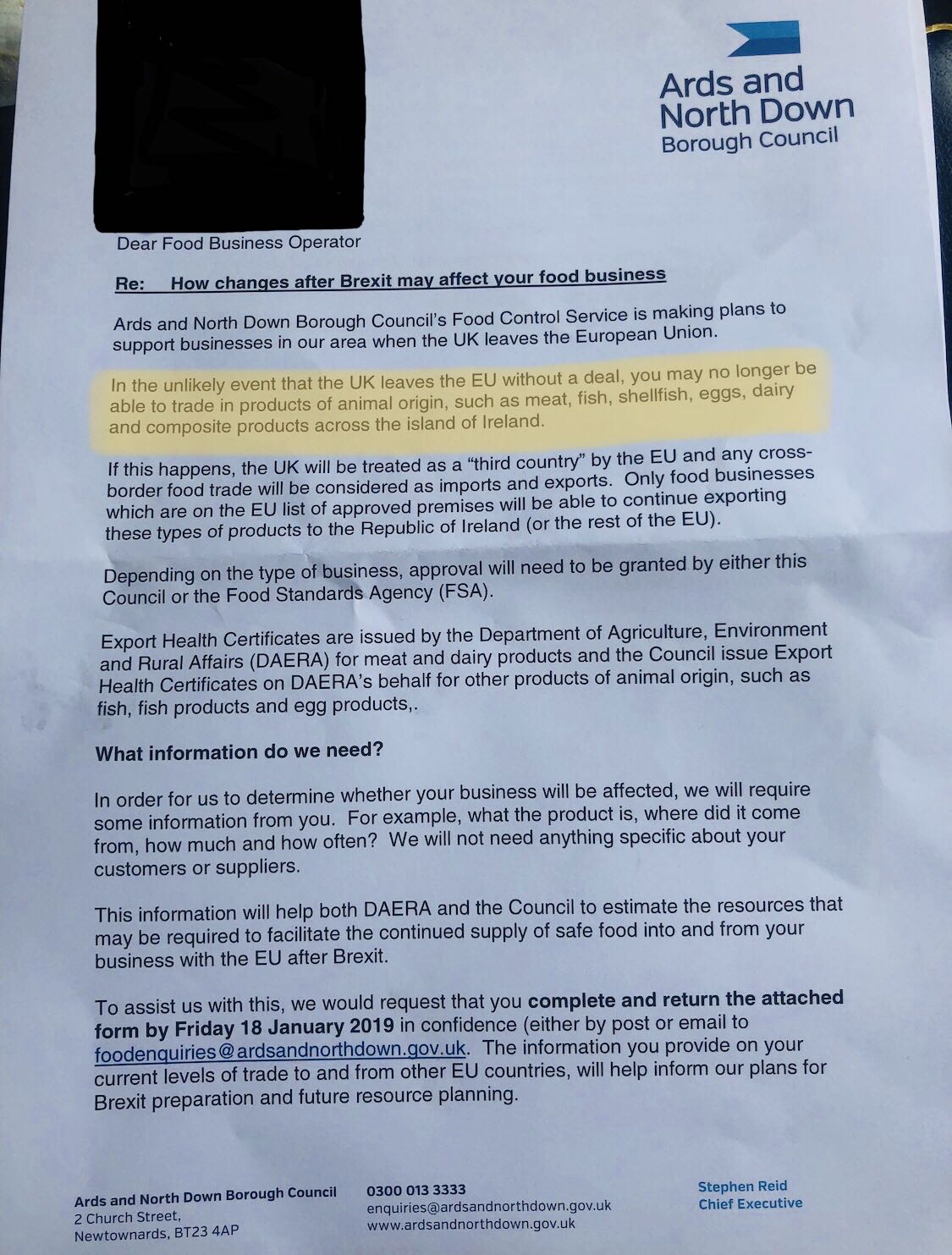